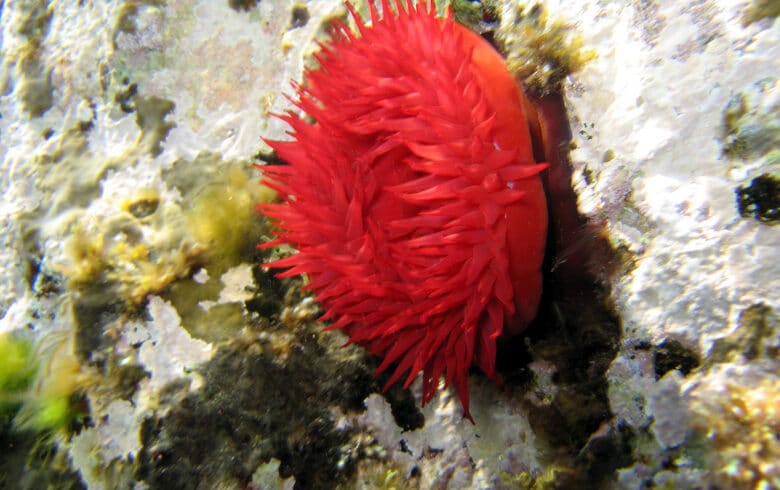 Did you know ?
It can survive for several hours out of water by retracting its tentacles and folding itself inwards to form a water-tight ball.

Resembling a large flower when open and a tomato when closed, the beadlet anemone is one of the most common Mediterranean sea anemones and can be found in every ocean. It has a distinctive bright red colour with a blue ring around the edge. It can be found just a few centimetres below the surface attached to rocks by a 7 to 8 cm sucker at its base. Its 192 short, stubby tentacles are arranged in 6 circles around its mouth. Like other sea anemones, it feeds on small animals that it captures and paralyses with its tentacles.