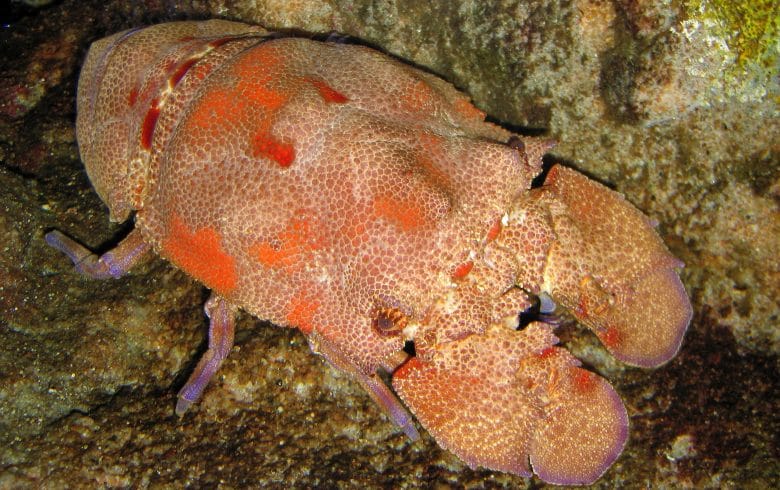 Did you know ?
The Mediterranean slipper lobster has been protected in France since 1992 and has become very rare off our coasts. Sales of specimens from neighbouring countries where it is not a protected species are banned.

The Mediterranean slipper lobster can be as long as 45cm. Its body seems practically square, almost as wide as it is long. It has no claws but it has flattened antennae that look like shields. It is a reddish-brown colour, lighter on the ventral side, and its antennae and limbs have dark mauve tips. It is a placid and slow-moving animal that feeds on worms, shellfish and carrion. Mediterranean slipper lobsters live in caves, holes and on mud from 5m to 100m deep. They can be found all over the Mediterranean except in the Black Sea, and in the Atlantic from Portugal to Cabo Verde.

Midget sea squirt Prev
Mauve stinger Next
We use cookies to ensure the best experience on our website. If you continue to use this site, we will assume that you are satisfied.OkPrivacy policy