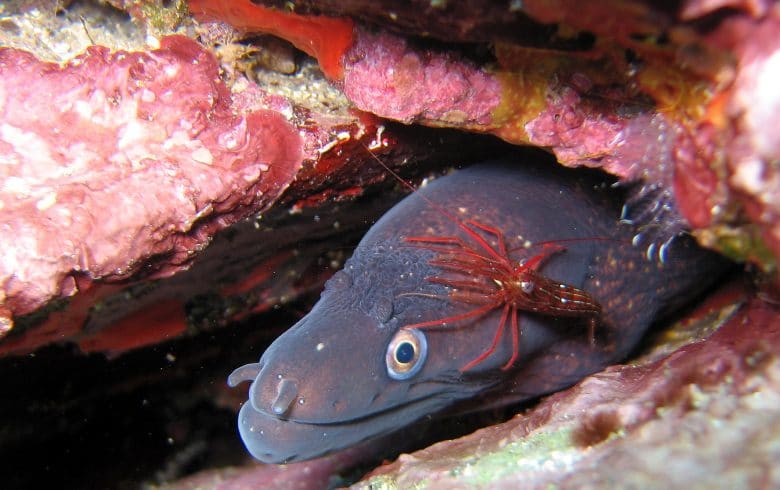 Did you know ?
The moray eel stays in its hole during the day and comes out at night to hunt for fish, crustaceans and molluscs that it detects by smelling them. They are generally more timid than aggressive but divers are advised to check before putting their hand into a hole!