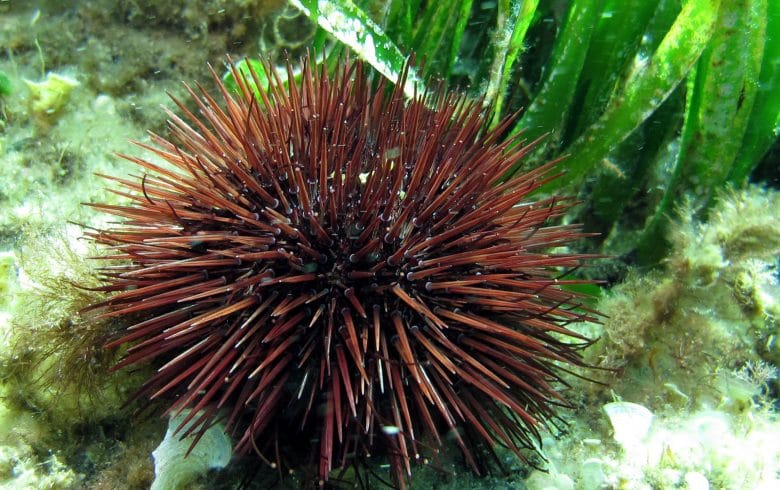 Did you know ?
Even though they are solidly attached to the rock, sea urchins can move around using their arcs of tube feet.

The purple sea urchin has very sharp spines that are about 3cm long on a 7cm test. It can be light or dark brown, greenish or purple in colour. Like other sea urchins, it grazes on algae using its jaw, which is a complex 5-toothed structure called Aristotle’s lantern after the Greek philosopher and physicist who first described it. During spawning, the males and females release gametes into the water where fertilisation occurs. The larvae live as plankton and then turn into young sea urchins that fall to the sea bottom. They occur on rocky bottoms and in Posidonia seagrass beds down to 100m below the surface. They are found all over the Mediterranean but not in the Black Sea, and are also seen in the Atlantic from the UK to Mauritania.