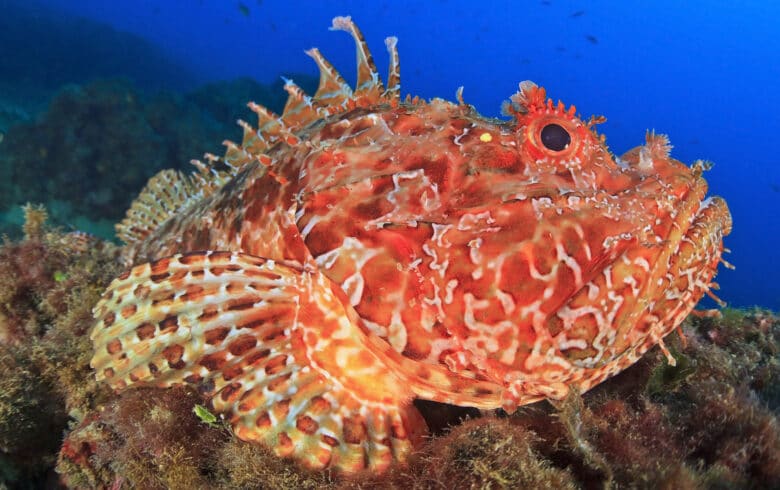 Did you know ?
A sting from its dorsal spines is very painful, even worse than that of other scorpionfish.

The red scorpionfish spends most of its time on the seabed. It feeds on fish, crustaceans and molluscs that it can easily capture with its protractile jaw. Its colour is variable, from brick red to pink or orange with dark blotches. The numerous skin appendages on its lower jaw and the rest of its body make it easy to recognise. This mostly solitary fish can grow to 50cm, making it the largest of the Mediterranean scorpionfish. It is found all over the Mediterranean but not in the Black Sea. It is also found in the Atlantic from the British Isles to Senegal. It lives on rocky and sometimes sandy bottoms between 20 and 200m below the surface.