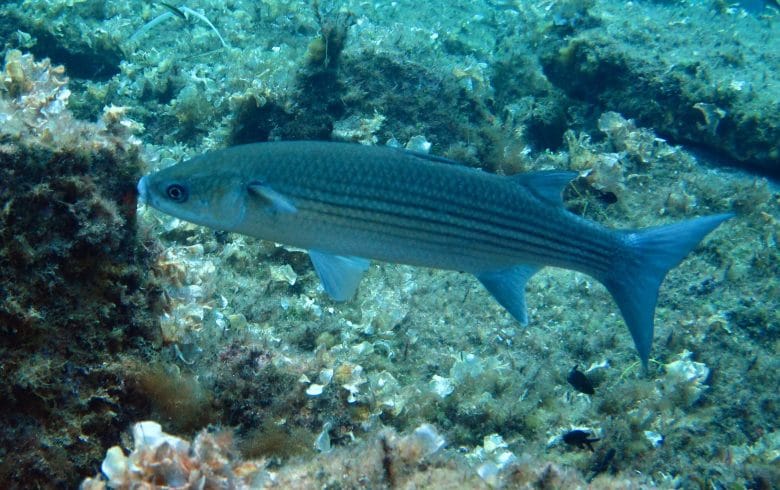 Did you know ?
All species in the mullet family have a gizzard, which is a kind of pouch of muscle that they use to grind harder pieces of food.

The thicklip mullet has a tapered body and large, flat head with a short, blunt snout. It has a distinctive thick upper lip with small tubercles. It has a blueish grey back and silvery sides and stomach striped with fine, dark, longitudinal lines. The thicklip mullet lives in schools and feeds on seaweed, small invertebrates or detritus. It measures 60cm long at most. In winter it lives offshore and moves to coastal waters, estuaries, lagoons and harbours in the spring. It is found all over the Mediterranean except in the Black Sea, and from Norway to Morocco in the Atlantic. The females are particularly prized for their roe, which is pressed, cured in salt and dried to make a well-known delicacy called “Poutargue”.