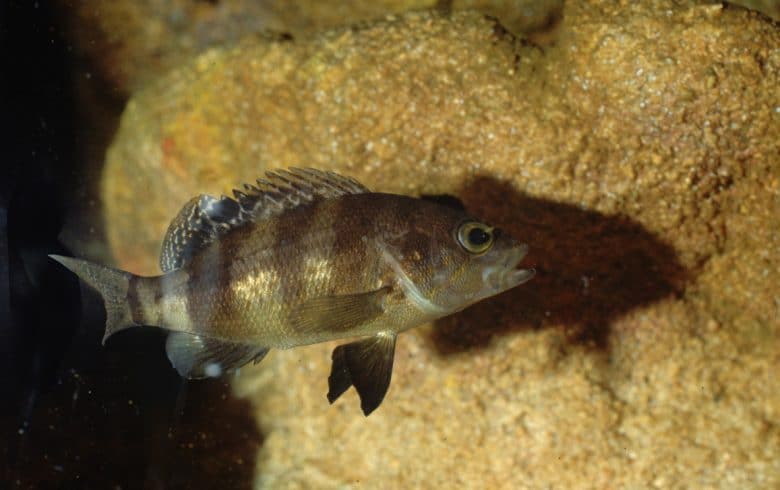 Did you know ?
The brown comber is a simultaneous hermaphrodite meaning that it is both male and female!

This fish is no more than 15cm long, making it the smallest of the three comber species in the Mediterranean. It has a pinkish yellow to reddish brown body with 2 to 5 dark brown bands on its sides. There is a large black spot in the middle of its dorsal fin and its pelvic fins are black. It feeds on small fish and invertebrates. It prefers to live on sandy or muddy bottoms but is also found on rocky bottoms and in Posidonia seagrass from about 10 to more than 100m deep. It is found all over the Mediterranean except in the Black Sea, and from Portugal to Senegal in the Atlantic.