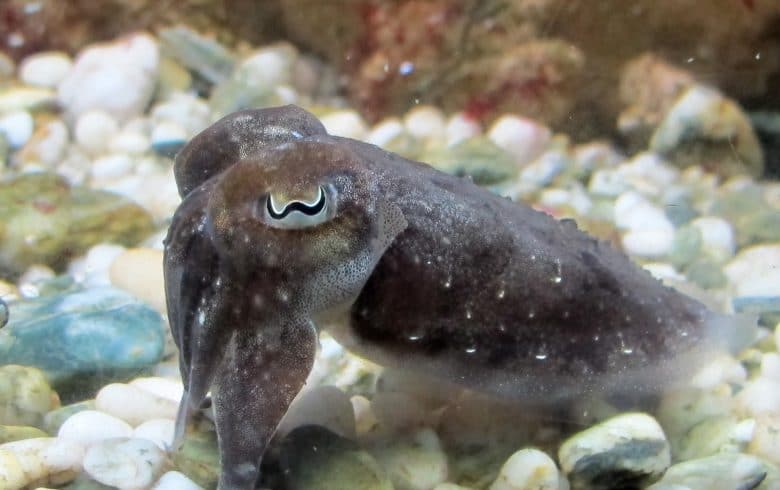 Did you know ?
You can often find cuttlebones on the beach. They are white, oval and flat and are actually its calcified internal skeleton.

Cuttlefish have wide flat bodies with white and brown mottled backs and much lighter stomachs. They have eight short arms covered in rows of suckers on their head, around the mouth. They use their two longer tentacles, which only have suckers on the ends, to capture prey. The pupil of the cuttlefish’s big eyes is very characteristic. It is iridescent blue and shaped like the letter W. It has a fin running around its entire body that ripples when it moves. The largest cuttlefish can measure up to 45cm, double that if you include the length of its 2 longest tentacles. They are found in the North Sea, the English Channel, the Atlantic and the Mediterranean from the surface to 200m deep. They prefer loose bottoms, seagrass beds and macroalgae.