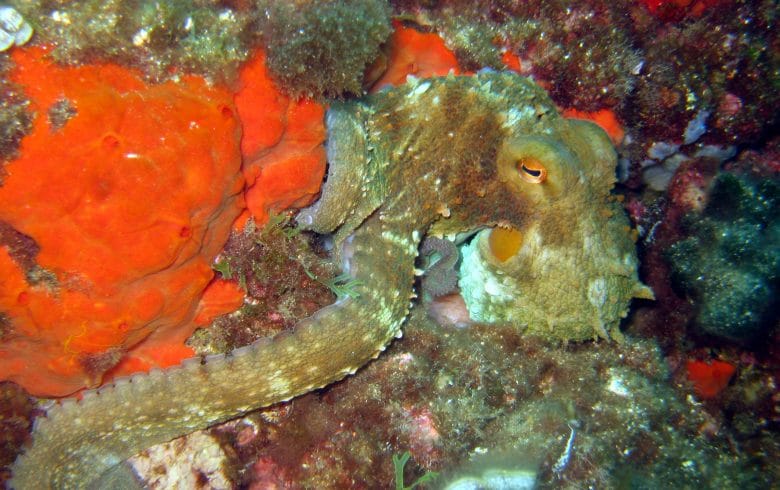 Did you know ?
After laying their eggs, the females guard and ventilate them for two months until they hatch, and usually die of exhaustion. This is the octopus that features in the works of Victor Hugo and Jules Verne.

The eight arms of the common octopus have two rows of suckers and can span up to 2 metres. It crawls across the seabed but can also swim in open water. If it senses danger, it will change colour to blend with its surroundings or expel a cloud of black ink and escape. It eats mainly crustaceans and molluscs. The males and females mate in the spring, and the female lays tens of thousands of eggs in clutches attached to the ceilings of rocky crevices. The species is found all over the Mediterranean and the Atlantic down to depths of 150m, on all types of seafloors wherever it can find cavities, such as holes in rocks, shipwrecks, amphora etc.