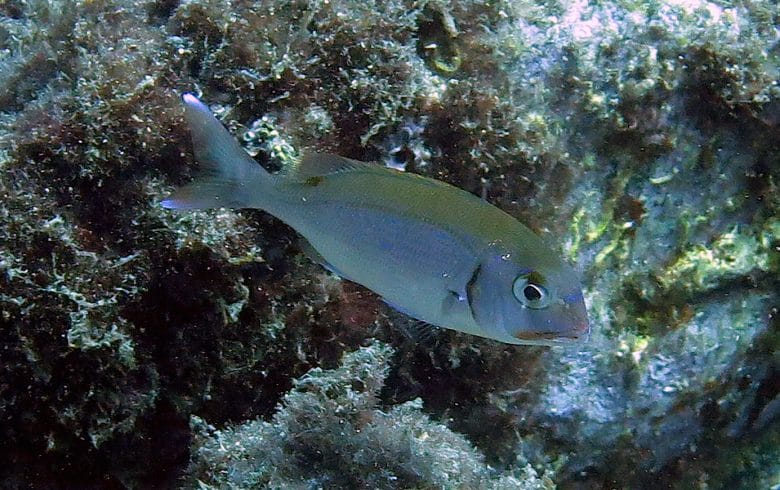 Did you know ?
This solitary animal is quite difficult to see once it reaches adulthood as it prefers the open sea and deeper waters.

It has an oblong body and a convex head with a slight bulge near the eyes. It has a silvery pink back and a darker head with small blue spots, especially on young individuals. It has dark marks at the base of its pectoral fins and a caudal fin with white tips. Common seabream are carnivorous. They eat crustaceans, molluscs and fish and can grow to 75cm long. They live on rocky and sandy bottoms down to depths of 250m. The juveniles are mainly found in Posidonia seagrass. They occur all over the Mediterranean except in the Black Sea, and from the Bay of Biscay to Mauritania in the Atlantic.