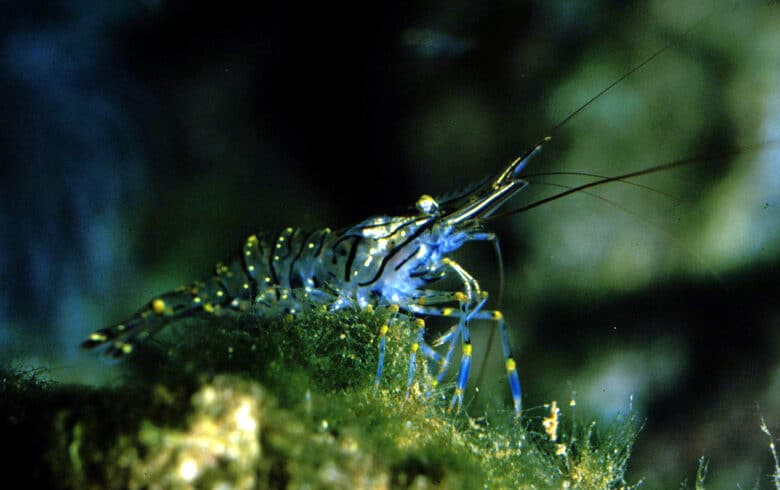 Did you know ?
After mating, the female carries the eggs beneath her abdomen until they hatch, releasing planktonic larvae.

The common prawn has a totally transparent body adorned with colourful blue and yellow lines and spots. Its eyes are on stalks and the rostrum is jagged on both sides. It can be up to 10cm long and walks using the 5 pairs of legs on its thorax (prawns are decapods). It also has another 5 pairs of appendages on its abdomen that carry the eggs. It is omnivorous and nocturnal and prefers to feed on organic waste. It lives on rocky bottoms and in Posidonia seagrass from the surface down to 40m, in the Mediterranean and also between Denmark and Mauritania in the Atlantic.