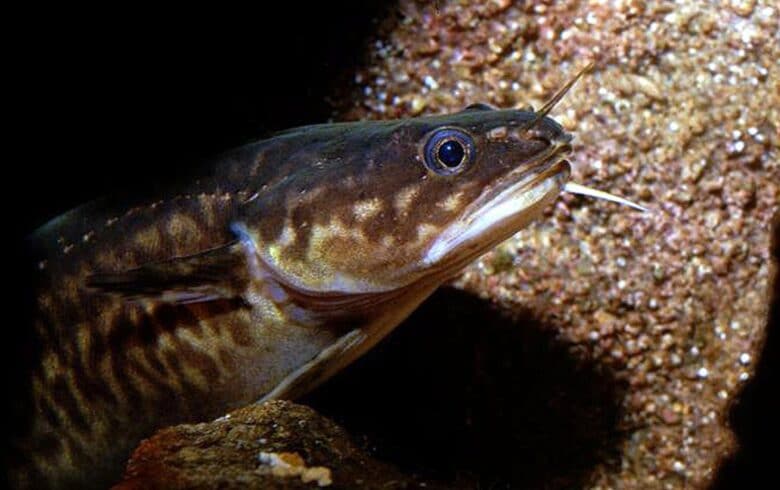 Did you know ?
It is a territorial fish, always ready to charge or bite to defend its lair.

The shore rockling is an elongated fish of up to 25cm at most. It has two dorsal fins: a small one at the front followed by a second one that stretches almost to the caudal fin. It has three barbels: one under its chin and two more near its nostrils. It has a brown or reddish back with lighter spots and a pale brown or cream-coloured belly. Shore rocklings are nocturnal and feed on fish, crustaceans and worms. They live in rock crevices and in Posidonia seagrass beds down to 100m deep. Apart from the south-eastern basin, they are found in most parts of the Mediterranean including the Black Sea. In the Atlantic, they occur from Norway to Gibraltar.