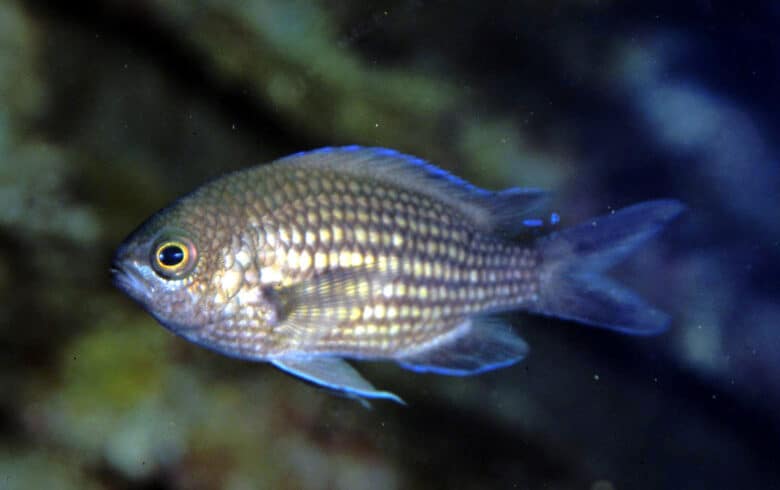 Did you know ?
After spawning and fertilisation, the males guard the eggs and keep them constantly ventilated until they hatch.

Juvenile and adult damselfish are so different in colour that they look like two different species. The young juveniles are electric blue and become brown, almost black, as adults. Damselfish have an oval body, a strongly protractile mouth and a markedly forked tail. In summer, the males will mark out a spawning area where the females come and lay their eggs. Damselfish live in schools above rocky bottoms and Posidonia seagrass beds from the surface down to 35m. They swallow tiny animals from plankton floating in the current. They can be found in the Mediterranean but not the Black Sea, and are also seen in the Atlantic from Portugal to Angola.