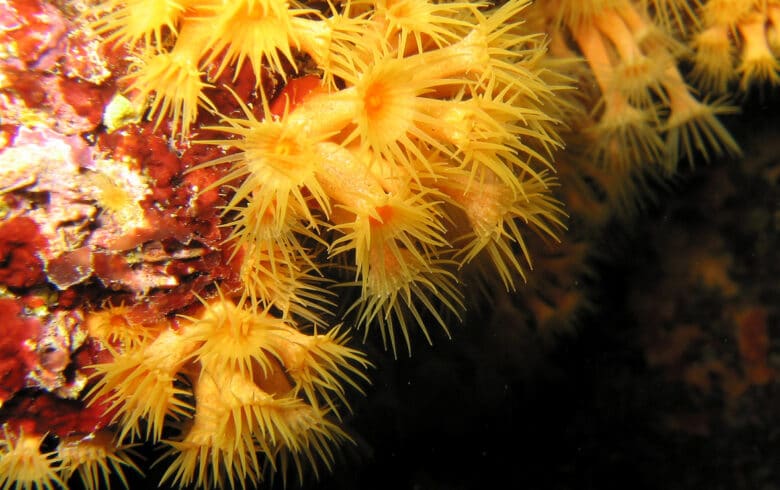 Did you know ?
The colonies can form vast expanses of several square metres.

This bright yellow to orange colonial anemone grows and reproduces by budding. It is made of polyps measuring half a centimetre to 2cm in diameter, each with 34 tentacles arranged in two whorls. It is found on vertical walls and shady rocky overhangs at depths of between 5 and 200m in the Mediterranean and the Atlantic. The colony usually grows on sponges of the genus Axinella.