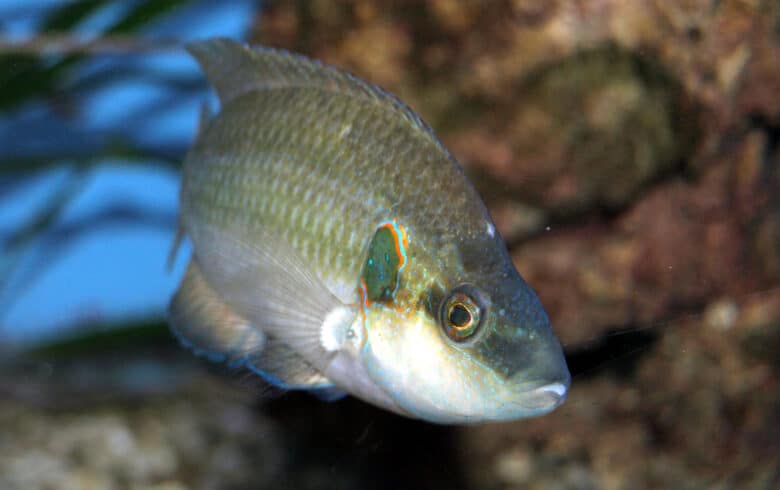 Did you know ?
There is a sub-species of the ocellated wrasse which is plain orange or yellow in colour.

The ocellated wrasse gets its name from the red-rimmed, eye-like marking, sometimes called an ocellus, on the posterior dorsal edge of its operculum. Both males and females also have a distinctive dark spot on the caudal peduncle. Their body colour varies: females and juveniles are greenish-brown with a lighter belly and two dark longitudinal lines, while males are a brighter green or brown/orange colour with blue, red and green lines on their heads. This fish can be up to 12cm long and feeds on small benthic invertebrates in Posidonia seagrass beds and on rocky bottoms down to a depth of 30m. It is endemic to the Mediterranean.