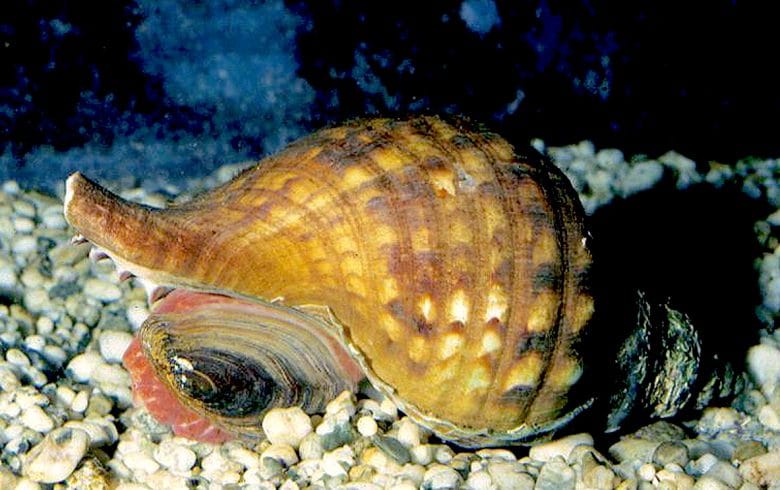 Did you know ?
The empty shell is traditionally used as a blowing shell. Once the tip is cut off, it makes a loud sound when you blow into it.

This triton has a very large shell that spirals into tapered points at both ends. It is yellowish with brown markings. The animal inside is orangey-pink with two black bands on its tentacles. It is the largest gastropod in the Mediterranean and can measure up to 40cm. The knobbed triton feeds mainly on echinoderms, sea cucumbers and starfish. It lives on rocky and sandy-muddy bottoms from depths of about 40m and more. It is mainly found in the Mediterranean’s western basin and in the Bay of Biscay.