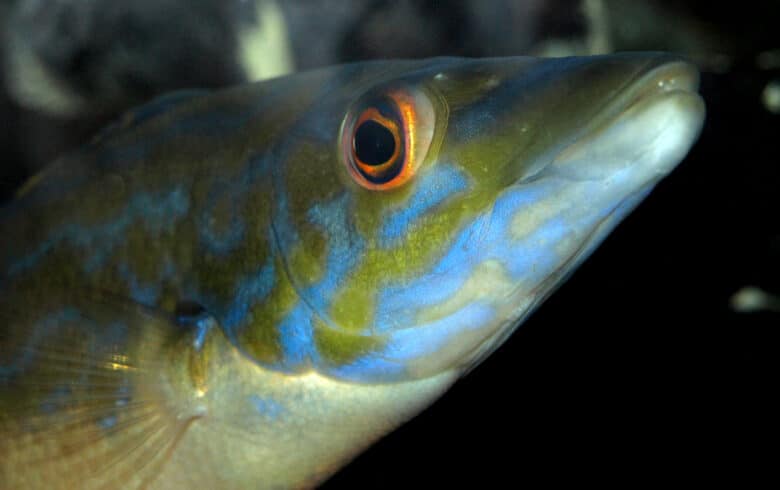 Did you know ?
Dominant males are turquoise and orange and their colours become brighter during the breeding season in the spring.

The male cuckoo wrasse has a blue and green head and front body while the rest of its body and fins are yellow or orange with turquoise lines and spots. The females and juveniles are salmon pink, orange or red with three distinctive black spots on their backs, the first two at the base of the dorsal fin and the third one at the base of the tail. These black spots are separated by smaller white ones. The cuckoo wrasse can measure up to 35cm and mainly eats crustaceans. They can be found in the Mediterranean except in the Black Sea, and from Norway to Senegal in the Atlantic. They live on rocky bottoms and coralligenous drop-offs between 10 and 200m below the surface.