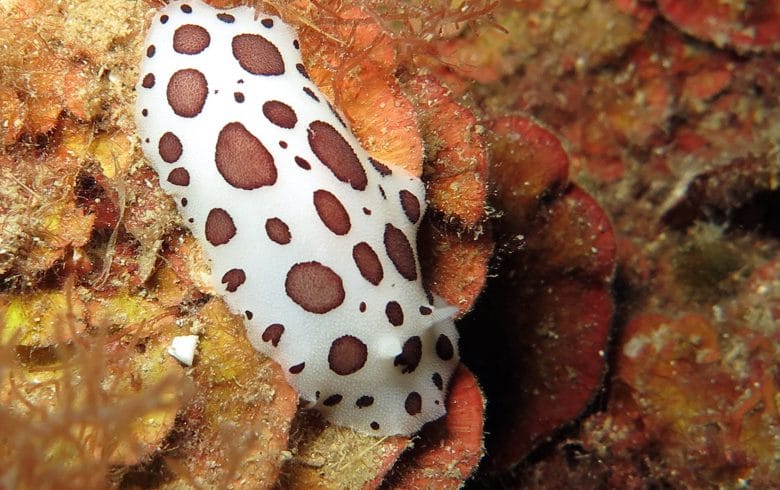 Did you know ?
For a long time, the dotted seaslug was thought to be endemic to the Mediterranean, but it appears to also occur in nearby Atlantic waters extending to the Canary Islands.

The dotted seaslug or cow snail is one of the easiest nudibranches to recognise with its white body covered in brown spots! These spots are thought to discourage predators by telling them that the dotted seaslug is not edible. It is a hermaphrodite animal that generally measures 5 to 7cm although some individuals are a little larger. It can be found from just a few metres below the surface in shady areas in cave mouths or under overhangs. It feeds on sponges and is often found on them.