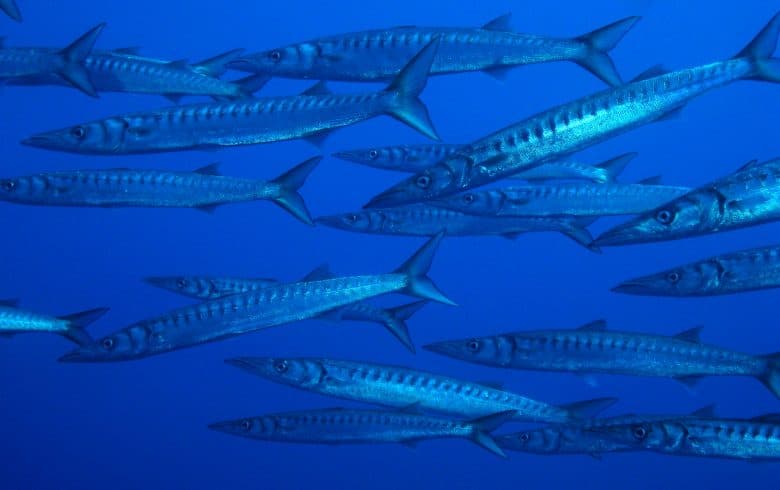 Did you know ?
Yellowmouth barracuda were once very rare in the Western Mediterranean, but as water temperatures rise, they have become a common species there.

This pelagic fish usually swims in schools but is sometimes solitary. It has a long silver body with some twenty black streaks and a yellowish caudal fin. The head is very elongated and its lower jaw is longer than the upper one. This formidable predator feeds on fish, squid, cuttlefish and crustaceans that it captures and devours with its razor-sharp teeth. It is about 80cm long but some individuals reach 1.5m.