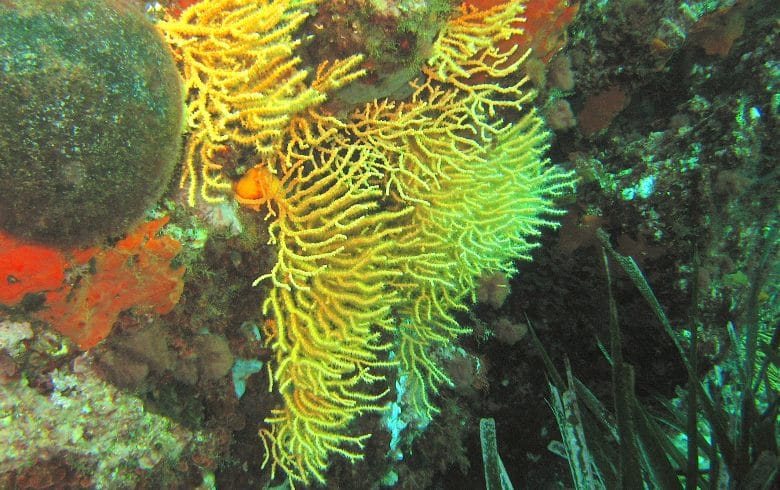 Did you know ?
They feed by capturing small planktonic prey carried by currents.

Yellow gorgonians are colonial animals that construct a soft tree-shaped skeleton. The contractile polyps have eight tentacles. Both the colony and the polyps are orangey-yellow in colour. The branches grow perpendicular to the dominant currents so that it can capture its food. The tallest yellow gorgonians can be 50cm high. They are found in the Mediterranean and also to the north of the Bay of Biscay in the Atlantic. They grow on vertical walls and shady rocky overhangs between 5 and 100m below the surface.