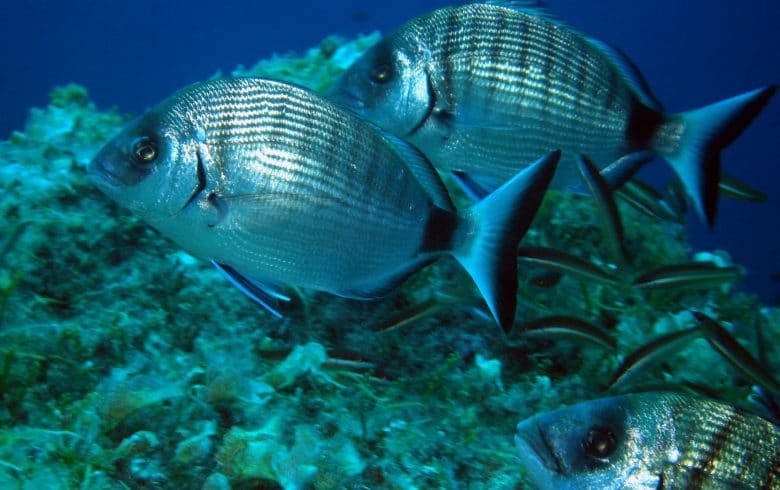 Did you know ?
The white seabream changes shade depending on its habitat. It is lighter over sandy bottoms and much darker if it is swimming over rocky bottoms.

The white seabream has a light grey body with silvery tinges and a darker face. It has five dark black vertical stripes on its back and sides interspersed with four lighter ones. Young individuals only display the 5 dark stripes. There is a black blotch on the top of its caudal peduncle. Juveniles feed on algae, worms and small molluscs while the adults, which can be up to 45cm long, are carnivorous and feast on worms, molluscs, crustaceans and echinoderms. White seabream live on rocky and sandy bottoms down to depths of 50m. The juveniles spend the summer in lagoons and estuaries then move to Posidonia seagrass meadows in the autumn. Found all over the Mediterranean, they are rarer in the Black Sea. In the Atlantic, they occur from the Bay of Biscay to Cabo Verde.