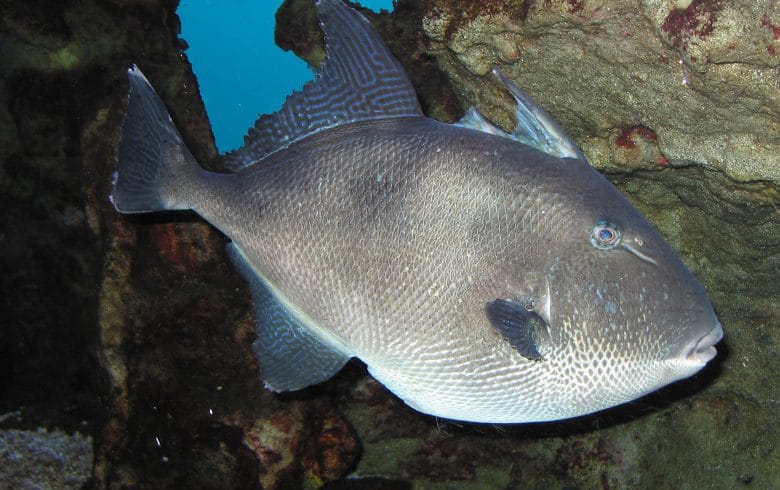 Did you know ?
The grey triggerfish has a powerful jaw and very sharp teeth that it uses to feed on shellfish, crustaceans and sea urchins, hence his other name: parrotfish

With its high, flat, oval body, the grey triggerfish has a very distinctive shape. The first of its two dorsal fins has three spines, and it can use the middle one to hold the larger front one erect. Its particularly thick, rough skin is a brownish grey colour with blue-green spots on the head and fins. They can grow to a maximum of 50cm and live near rocky seafloors between 10 and 100m deep and are often found in mussel beds. They occur in the Mediterranean, the Black Sea and on both sides of the Atlantic, from the North Sea to Angola in the east and from Nova Scotia to Argentina in the west.