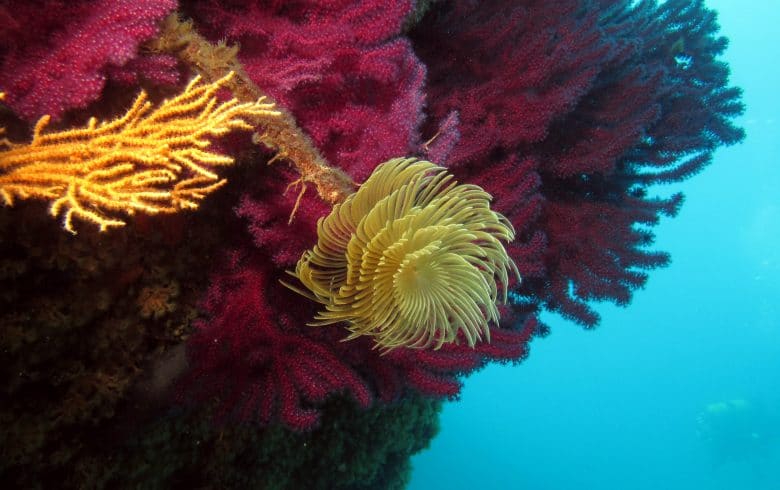 Did you know ?
It is very sensitive to vibrations in the water and will retract inside its tube at the slightest signal.

This marine worm lives inside a 20 to 30cm-long tube of its own making. It builds it from fine particles that it secretes itself, and can retract inside the tube. The branchial plume is cylindrical and arranged in two lobes of different sized spirals. The main lobe has several whorls and 200 to 300 filaments. It is very colourful (white or yellow with purple bands), has a respiratory function and is also used to capture plankton or particles drifting in the current. The Mediterranean fanworm lives on rocks or sometimes protruding from the sand, between 0 and 50m deep. It is found in the Mediterranean and from Senegal to the North Sea in the Atlantic.