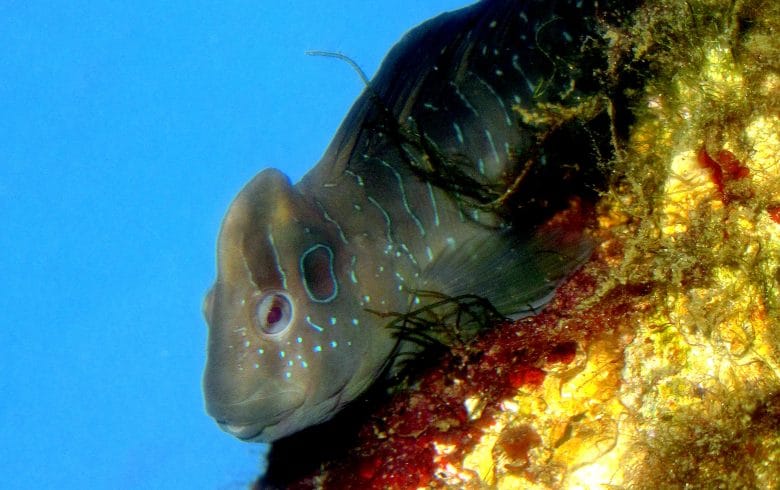 Did you know ?
Peacock blennies can live in brackish water and also in very salty water.

This species shows pronounced sexual dimorphism. The females are dark while the males are more brightly coloured and have a crest on their head. The peacock blenny has a greenish-yellow body with vertical blue stripes that become spots at the rear. On its temple, behind its eye, it has a dark eyespot with a blue or pink ring. This small blenny measuring no more than 13cm enjoys a diet of molluscs and algae that it finds in shallow water above rocky and sandy bottoms. It lives in the Mediterranean but is not found in the southern part of the eastern basin and rarely in the Black Sea. In the Atlantic, it ranges from the Bay of Biscay to Morocco.