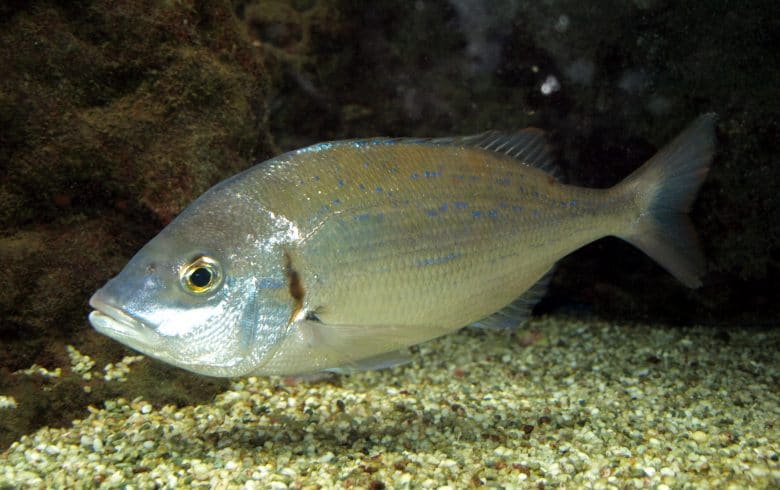 Did you know ?
Like many fish, they are usually protogynous hermaphrodites (females first).

The pandora is an oblong fish. The upper profile of its head is straight and it has a pointed snout. Its body is pink and covered in small blue dots. The upper border of the operculum is crimson red and it has a reddish mark at the base of its pectoral fins. The biggest pandora are 60cm long. This carnivorous species feeds on benthic invertebrates and fish and is found all over the Mediterranean but rarely in the Black Sea. In the Atlantic, they occur from the British Isles to Cabo Verde. They live on all types of sea bottoms at up to 200m deep.