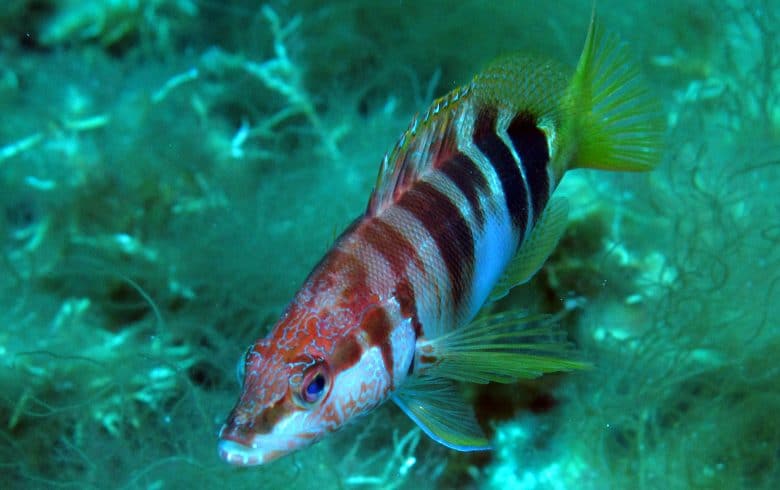 Did you know ?
Like the brown comber, the painted comber is one of the few fish species that are both sexes at once. This is called simultaneous hermaphroditism.

This beautiful fish can be identified by its purplish-blue stomach and what look like fine, painted blue and red lines on its cheeks, hence its name. Its yellowish-red body has 5 to 7 dark brown vertical stripes. It is very solitary and actively defends a territory of a few square metres. It feeds on crustaceans and fish and can grow to 36 cm long. It lives in Posidonia seagrass meadows and on rocky bottoms down to 150m below the surface. It is found in the Mediterranean, the Black Sea and in the Atlantic from south of the British Isles to Senegal.