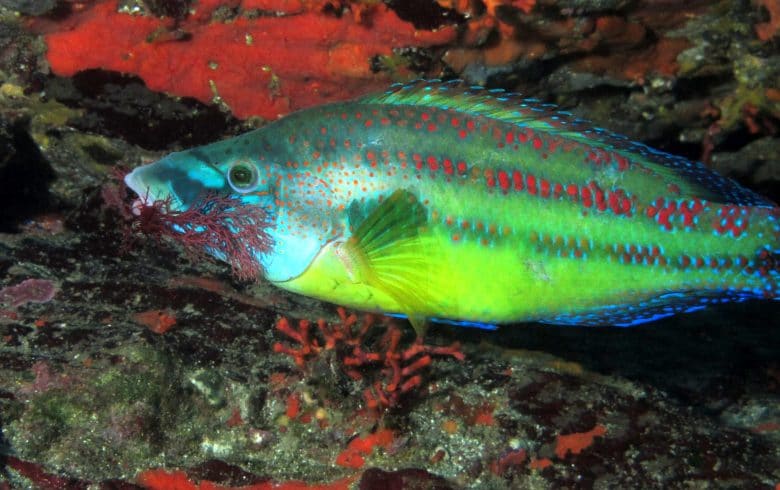 Did you know ?
In spring, the male attracts females to a specially built nest and invites them to lay their eggs for him to fertilise.

It has quite a tall body with a long head, pointed snout and big lips. At 35cm long, it is the largest member of the wrasse family. Its body colour varies depending on age, sex and breeding activity. They all have a more or less distinct dark “moustache” mark that extends to the eye, a black spot on the caudal peduncle and 3 or 4 dark, longitudinal stripes. The females are brownish-grey or greenish while the males display more vivid reds, bright yellows, greens and blues. This fish feeds by taking a mouthful of seaweed and grinding it in its mouth to extract tiny invertebrates. It begins life as a female then changes sex in later life. It is found in the Mediterranean, the western part of the Black Sea, and from Spain to Morocco in the Atlantic. It lives in Posidonia seagrass meadows and on rocky bottoms down to 50m below the surface.