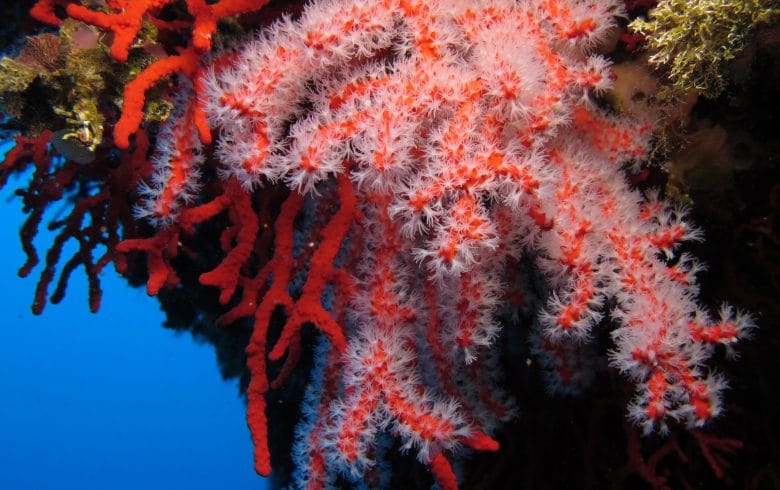 Did you know ?
Red coral is so precious it is known as “red gold” and has been used to make jewellery for 25,000 years. It grows very slowly (2 to 8mm per year).

Yes, red coral is an animal! It is a colonial species formed of polyps that build a branched skeleton attached to a hard substrate. The retractile polyps are white with 8 tentacles containing stinging cells. The skeleton is formed from spicules of calcium carbonate and is very strong with a beautiful red colour (sometimes pink or white). The largest branches can be more than 50cm. Red coral feeds on planktonic prey and can also absorb dissolved organic matter. This shade-dwelling species only grows where there is little light, such as on cave and crevice ceilings, under rocky overhangs or on deep vertical walls from 10m to more than 200m deep. The species in endemic to the Mediterranean and is found in the western basin and in the Adriatic. A few sites have also been reported in the Atlantic from southern Portugal to Cabo Verde.