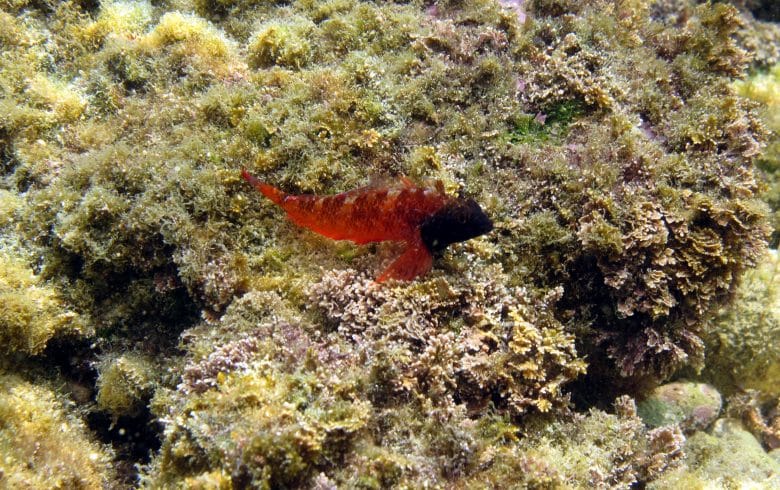 Did you know ?
The territory it defends so passionately is only about two metres in diameter!

The red black-faced blenny is a small fish of no more than 8cm with a pointed head and a small mouth. It has 3 dorsal fins and its pelvic fins look like tripods. Females and non-territorial males are light grey to brown in colour with 5 dark transversal bands. Territorial males are bright red with a black head. They adopt very territorial and even aggressive behaviour during spawning periods. The red black-faced blenny feeds mainly on small crustaceans and lives on shallow rocky bottoms (6m), often preferring shady vertical walls. It is endemic to the Mediterranean but rarely found in the southern part of the eastern basin. It also occurs in the western Black Sea.