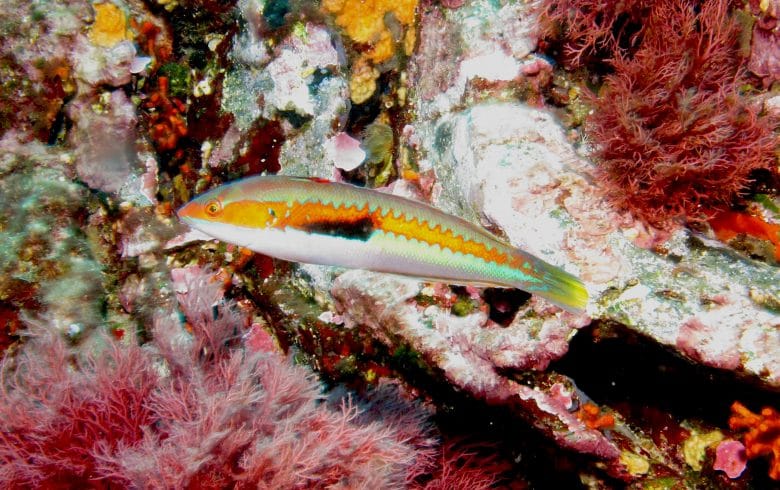 Did you know ?
As in other species, the large males used to be females before changing sex.

Rainbow wrasse have two very different colourings. In the initial phase, juveniles, females and primary males have orangey-brown backs and white bellies. The large, secondary-phase territorial males responsible for reproduction can grow to up to 25cm and are much more colourful. The belly is white while the back is green-brown with an orange zigzag band with blue borders running from head to tail and a black blotch in the centre. Rainbow wrasse feed on molluscs, crustaceans, worms and sea urchins. They live on rocky bottoms and in Posidonia seagrass beds down to 120m below the surface. They can be found in the Mediterranean, the south-western part of the Black Sea, and from Norway to Gabon in the Atlantic.