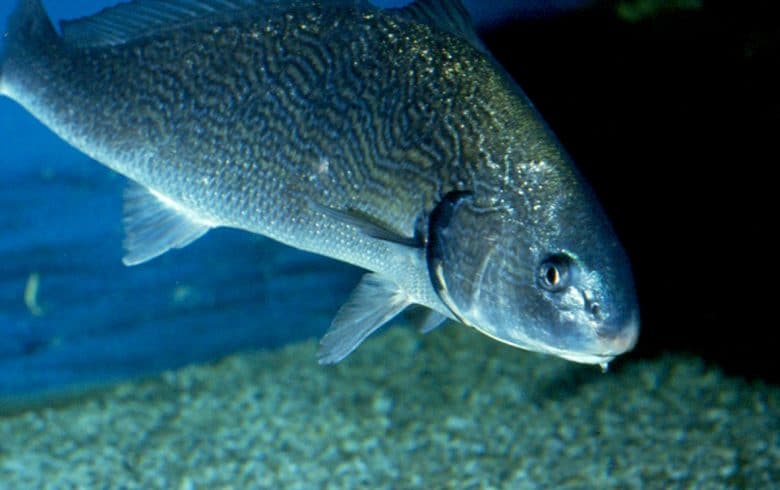 Did you know ?
As juveniles, shi drum live in schools close to estuaries.

These many wavy golden lines with dark edges run diagonally across its blue-grey metallic coloured body. The shi drum has a single, short, thick barbel under its chin. They feed on benthic invertebrates and measure up to 70 cm at most. The adults live on rocky and sandy bottoms down to 100m deep. They can be found in the Mediterranean, the Black Sea and into the Gulf of Suez, and from Brittany to Senegal in the Atlantic.