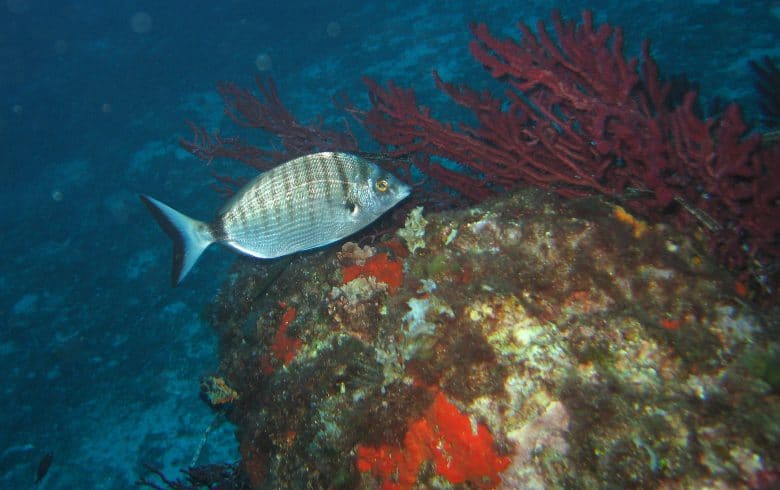 Did you know ?
At night, when the sharpsnout seabream sleeps, it extends its fins to make itself look bigger and discourage possible predators.

Recognisable from its distinctively sharp, protruding snout, it is silvery grey with a dozen vertical stripes that are alternately light and dark black, with a black ring on its caudal peduncle. It can measure up to 60cm long and feeds on algae, worms and shellfish. It lives on rocky bottoms down to 150m deep all over the Mediterranean and more rarely in the Black Sea. In the Atlantic it is sometimes seen in the Bay of Biscay and from Gibraltar to Cabo Verde.