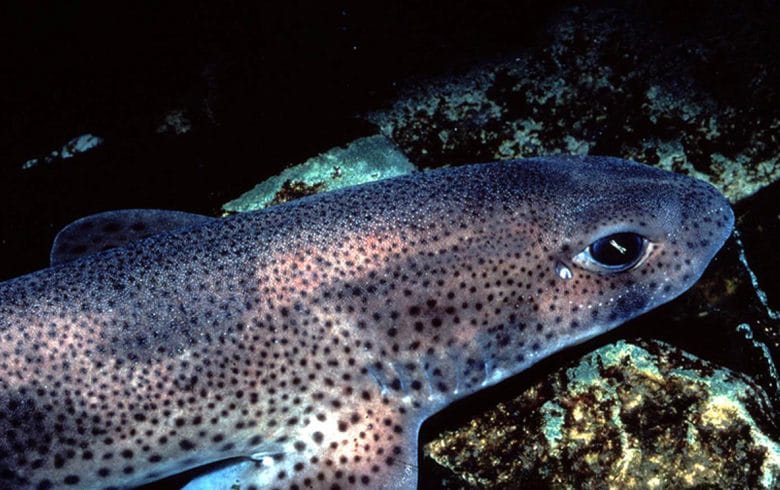 Did you know ?
The small-spotted catshark is oviparous. It lays egg cases that look like rectangular, cartilaginous pouches in which the embryo develops. The egg cases have filaments and are often attached to gorgonians.

The small-spotted catshark is less than one metre long with two dorsal fins. It has a yellowish or brownish body spotted with little dark marks. This nocturnal fish feeds on small fish, crustaceans and molluscs and can be found all over the Mediterranean except in the Black Sea, and from Norway to Senegal in the Atlantic. It lives on sandy or muddy bottoms down to 400m deep. It can be found in fish markets skinned and de-headed, where it is called rock salmon because of its pink flesh.