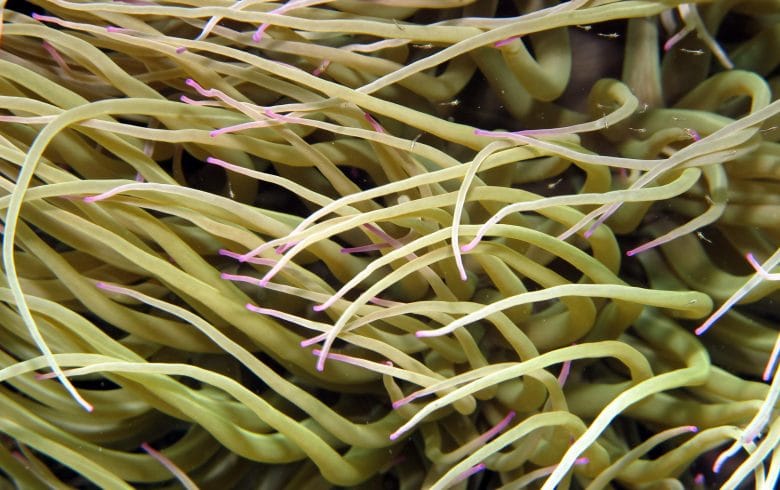 Did you know ?
Some crustaceans and one small fish, the anemone goby, live with this sea anemone and are immune to its venom. This affords them protection from predators who dare not approach.

The snakelocks anemone is a large sea anemone that can reach up to twenty centimetres in diameter. It is most widespread in the Mediterranean but is also found in the north-east Atlantic and the North Sea. It has approximately 200 greyish-beige tentacles that form a crown around its mouth and have purple, blue, reddish or green tips. They contain stinging cells that allow it to paralyse and capture small prey, plankton or fish. They are eaten in the South of France and Corsica as “sea nettles”. The snakelocks anemone lives on rocky bottoms from the surface to about 20 metres deep.