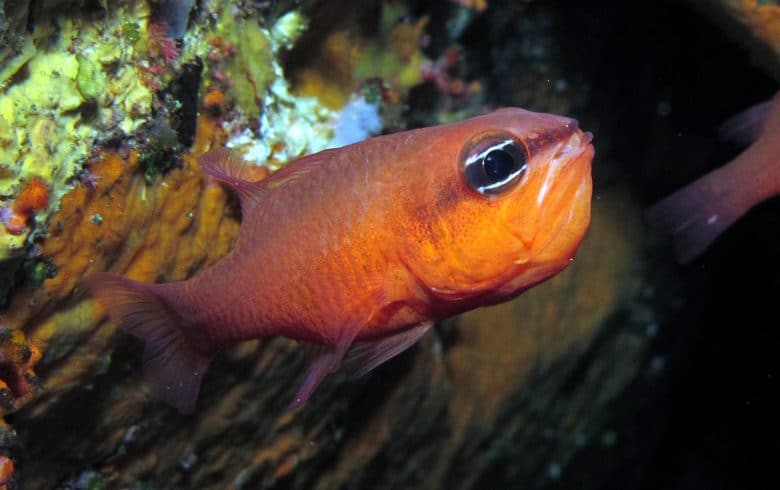 Did you know ?
The male is the “mother hen” here. He incubates the eggs in his mouth until they hatch. The cardinalfish’s colour is actually camouflage. The red disappears below depths of 5 metres and in the dark overhangs and holes where it lives.

This small fish is about 15cm long with a compressed, salmon pink to bright red body and 2 or 3 black spots at the base of its caudal fin. Its eyes are black with two horizontal white stripes. It lives alone or in small groups from the surface down to 200 metres, preferring to stay in dark caves and crevasses. It feeds on small fish and crustaceans. As well as the Mediterranean, it is found in the Atlantic from Gibraltar to the Gulf of Guinea.