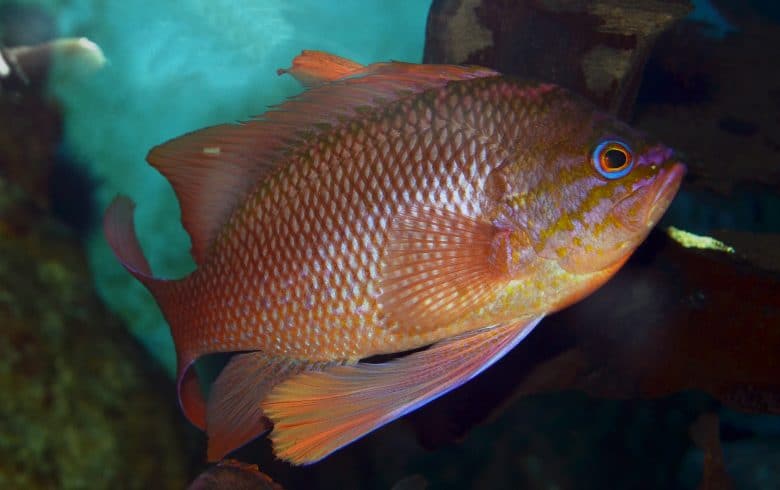 Did you know ?
During the spawning period, in summer, the male displays his finest colours to increase his chances during courtship. A golden yellow strip, shaped like a forked banner, appears on the third ray of its dorsal fin.

The swallowtail seaperch, whose Latin name is Anthias anthias, is one of the Mediterranean’s most colourful fish. It has a salmon pink, oval body with yellow streaks or spots on its head and fins. The tail fin is forked and it has very large pelvic fins with a white, purple or yellow border. The swallowtail seaperch lives in schools of several hundred fish above rocky bottoms and wrecks between 10 and 200m deep in the Mediterranean and also in the Atlantic from Portugal to Angola. It feeds on small fish and planktonic crustaceans.