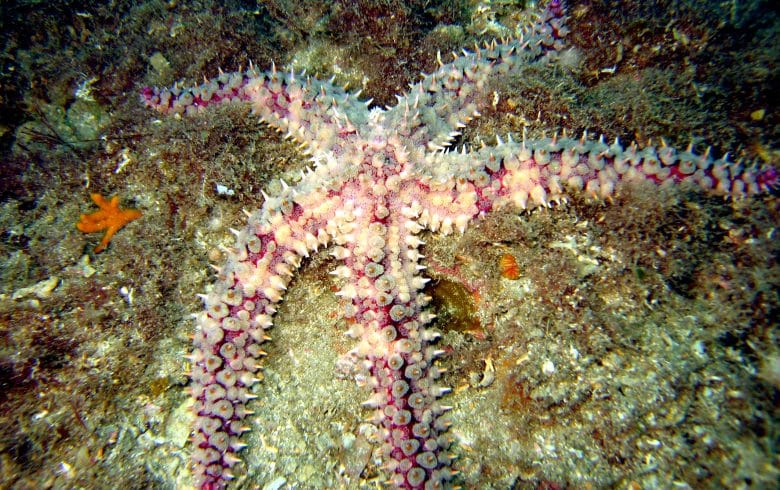 Did you know ?
Its arms are so strong that it can crack open bivalve molluscs like mussels or oysters.

The spiny starfish is one of the largest species of starfish in the Mediterranean. Reaching up to 80 centimetres in diameter, it is a voracious predator, feeding on shellfish, crustaceans and sea urchins that it captures beneath the stones and in the cavities where it lives. Each of its five arms has three rows of thick folds covered in spines, which give it a bulky appearance. Its colouring is variable, from salmon pink to brown or green. It is also found in the Atlantic from the United Kingdom to Senegal down to depths of 200 metres.