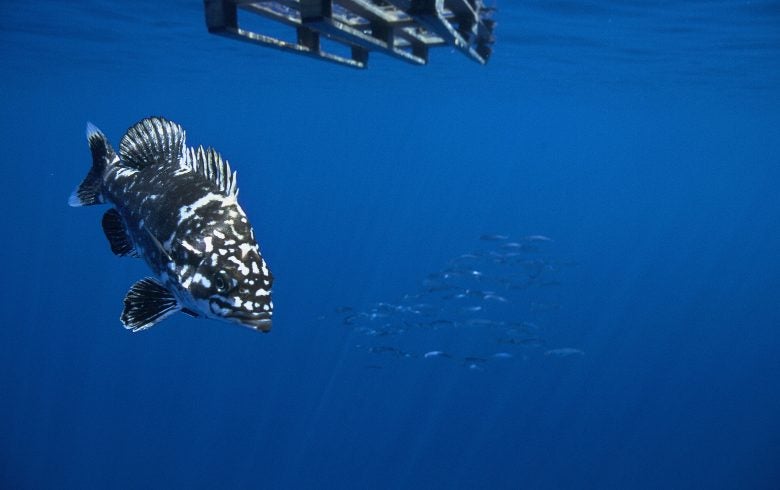 Did you know ?
Juveniles are sometimes found at the surface in the high seas, sheltering beneath floating objects such as crates, palm leaves or even a bale of hay that has fallen from a cargo ship.

The stone bass, also known as the Atlantic wreckfish, is a large fish with a big head, very characteristic because of its angular profile and protruding jaw. The body is greyish-brown in adults and purplish or lilac with black blotches in juveniles. The young fish live near the surface for a while then once they are adults, they move to deep water, sometimes over 500m. Some of the largest individuals are more than 2m long. They feed on fish, crustaceans and molluscs. The stone bass is found all over the Mediterranean but not in the Black Sea. In the Atlantic, it occurs from Norway to Angola in the east, and also on the north-east coast of the USA.