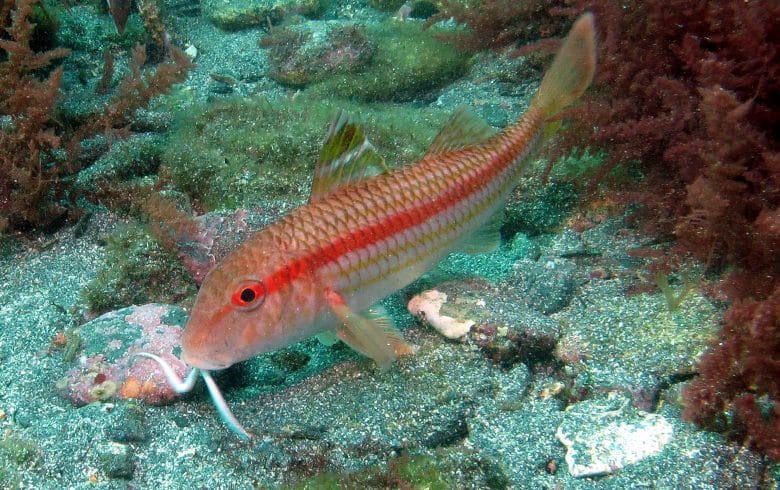 Did you know ?
Striped red mullet are inquisitive and not shy. If you stand in the water with your feet on the bottom and do not move, they will sometimes come and tickle your feet!

The striped red mullet spends most of its time searching for small invertebrates by digging in sandy bottoms and sediment with its two barbels, leaving small craters in its wake! It has an elongated, cylindrical body covered in large scales and two dorsal fins. The front one is spiny and has brown and yellow bands. The yellow caudal fin is concave. Adult striped red mullet are pinky beige with a darker stripe, whereas juveniles have blueish bodies. The largest individuals can be up to 40cm long and weigh almost 1kg, but they live in deep water down to 100m. They occur from the North Sea to the north-east Atlantic and in the Mediterranean and Black Sea. They live on loose, sandy or gravely bottoms and in zostera and Posidonia seagrass beds and often search for food near rocks.