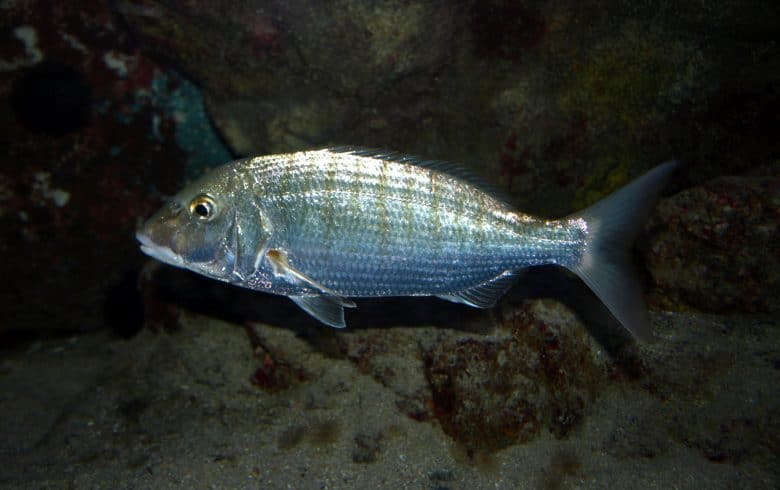 Did you know ?
Contrary to many other fish, it is a protandric hermaphrodite, meaning that it begins life as a male and becomes female with age.

The striped seabream has a long, ovoid, compressed body. The upper profile of its head is slightly convex and it has a protractile mouth. It is silvery grey and has about fifteen vertical, dark brown stripes on its sides. It feed on worms, crustaceans, molluscs and sea urchins. It grows to about 55cm
and lives on sandy or muddy bottoms down to 80m deep. Striped seabream are found in the Mediterranean except in the Black Sea, and in the Atlantic between the Bay of Biscay and Cabo Verde. They are also seen in the Red Sea and the southwest Indian Ocean.