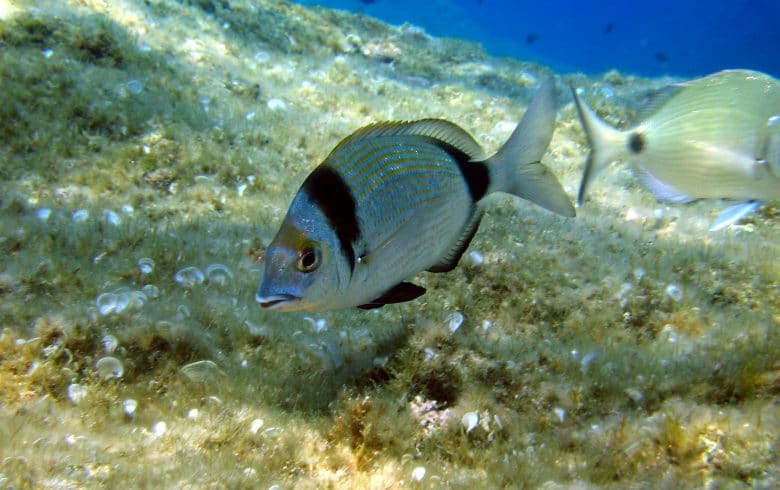 Did you know ?
Like other types of seabream, they move in groups composed of many different species.

On its silvery grey, oval body, the two-banded seabream has a broad triangular black stripe running from the back of its neck to the base of the pectoral fin, and a black ring close to the tail. The end of the caudal fin is also black. They are carnivorous fish that enjoy a diet of worms, crustaceans and molluscs. They can grow to 45cm long and live on rocky and sandy bottoms down to depths of 70m. The juveniles live in Posidonia seagrass. They are found all over the Mediterranean but not the Black Sea, and also in the Atlantic from the south of the British Isles to Angola.