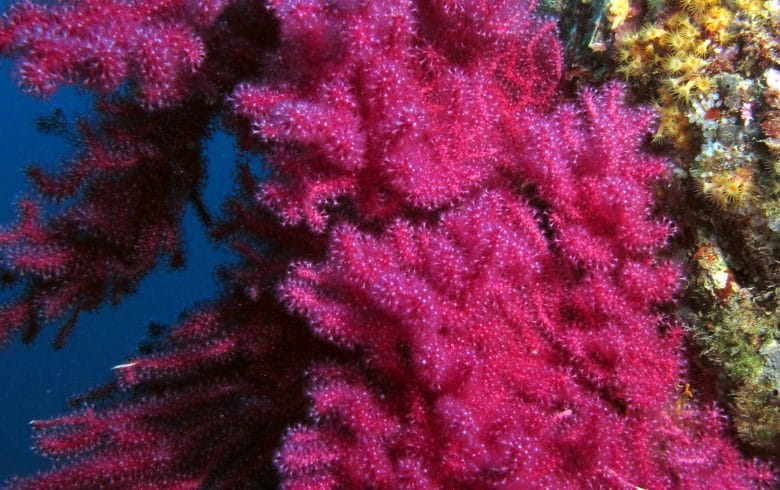 Did you know ?
When they reproduce, thousands of purple eggs strung together with a kind of mucus appear on the colonies.

A characteristic species of Mediterranean coralligenous habitats, the violescent sea-whip forms colonies of between 30cm and 1m high. It is usually crimson, hence its name, although some are yellow, either completely or at the tips. Each polyp can be up to 8mm in size and they cover the fan’s entire surface. They allow the animal to capture food particles carried by the currents. They like shade and so are most often found on north-facing drop-offs, underneath overhangs or in cave mouths. They occur from 10m to more than 100m deep all over the Western Mediterranean and in the Atlantic near Gibraltar.