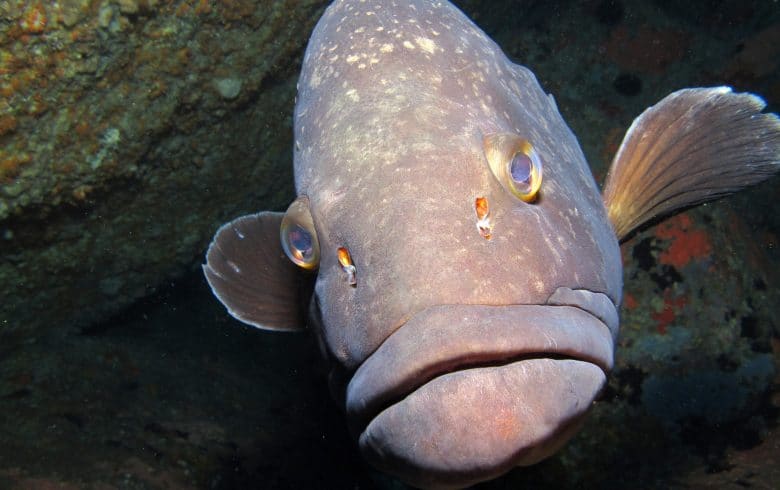 Did you know ?
Every dusky grouper has its own unique markings on its head around the eyes. It is the equivalent of fingerprints on humans! There are 5 grouper species in the Mediterranean.

This large fish (up to 1.30m long) has a red-brown body scattered with yellowish spots and a white border on its caudal and anal fins. However, it can turn either very pale or grey with silvery spots or dark bands depending on its mood or sexual phase. It is an active predator that hunts other fish, crustaceans and cephalopods. It is a protogynous hermaphrodite, so the females turn into males between the age of 9 and 12. In France, the dusky grouper has been protected since 1993 by a moratorium on line and spearfishing. It lives among cracks, crevices and boulders along rocky coasts from the surface down to 200m. It is found all over the Mediterranean except in the Black Sea. In the Atlantic it occurs from south of the British Isles to South Africa in the east, and in Argentina and southern Brazil in the west.