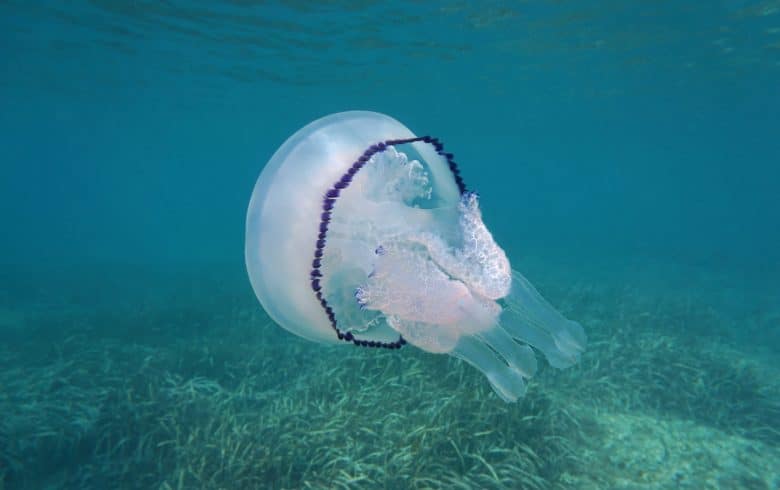 Did you know ?
The dustbin-lid jellyfish’s predators include certain pelagic fish and it is a particular favourite of sea turtles.

The dustbin-lid jellyfish is a large and slightly opaque jellyfish that usually measures 30 to 60cm but can be as much as 1m wide. It can be white, yellow, orangey-brown, green, blue or mauve in colour and drifts in currents, feeding on zooplankton. Its bell has 80 to 100 lobes or lappets around the rim and a thin blue or mauve border. Unlike other species it does not have stinging tentacles. It is found along coasts all over the world but also in lagoons and estuaries.