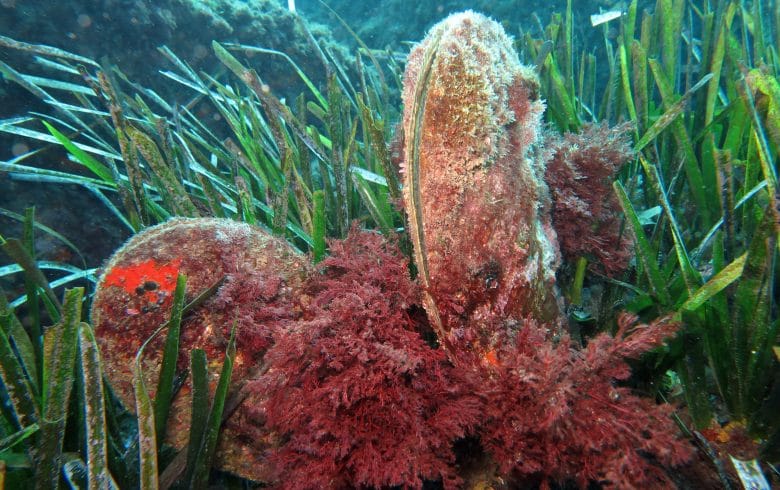 Did you know ?
It attaches itself to the surface with its byssus, which was used in the past to weave a soft but sturdy cloth for gloves and scarves. The Golden Fleece in Greek mythology is said to have been made from a fan mussel’s byssus.

An adult fan mussel can measure up to 1m20. It looks like a giant mussel partly emerging from the sediment. The anterior part of younger individuals is covered in spiny scales that progressively disappear in adults. Like other bivalves, the fan mussel is a filter feeder that filters seawater through its gills to extract phytoplankton, but it also draws nourishment from organic deposits in the sediment. In France, it has been a protected species since 1992. It is found on loose substrates, phanerogam beds, rough sand and gravel from the surface to 60m deep. It is endemic to the Mediterranean.