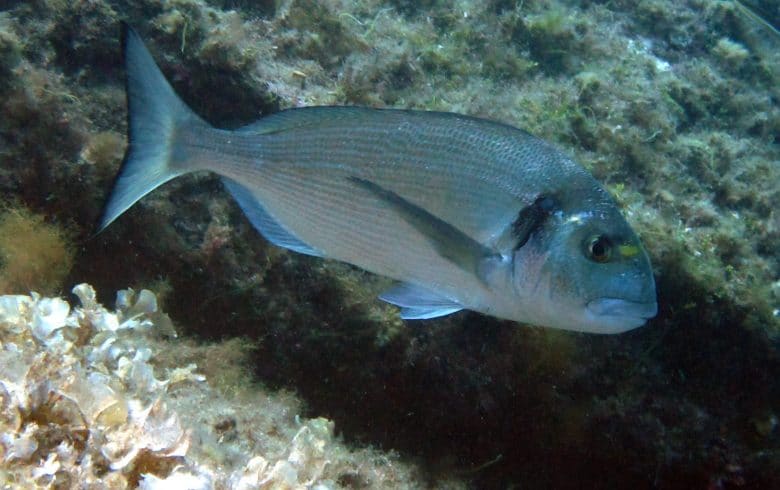 Did you know ?
Its big lips conceal powerful jaws that can crush the shells of mussels and crustaceans.

The gilt-head seabream has a silvery oblong body with a large black mark at the operculum with red beneath it, and a golden stripe between the eyes. Seen singly or in small schools, it can be as long as 70cm. It starts life as a male and becomes female at 2 to 3 years old. This is called protandric hermaphroditism. It is found in Posidonia seagrass meadows, coastal lagoons and on sandy bottoms down to depths of 150m. The juveniles prefer to live in estuaries and shallow coastal waters. Gilt-head seabream are found all over the Mediterranean but are rarer in the eastern part of the Black Sea. In the Atlantic, they are found from the British Isles to Cabo Verde. They have been farmed since the 1970s.