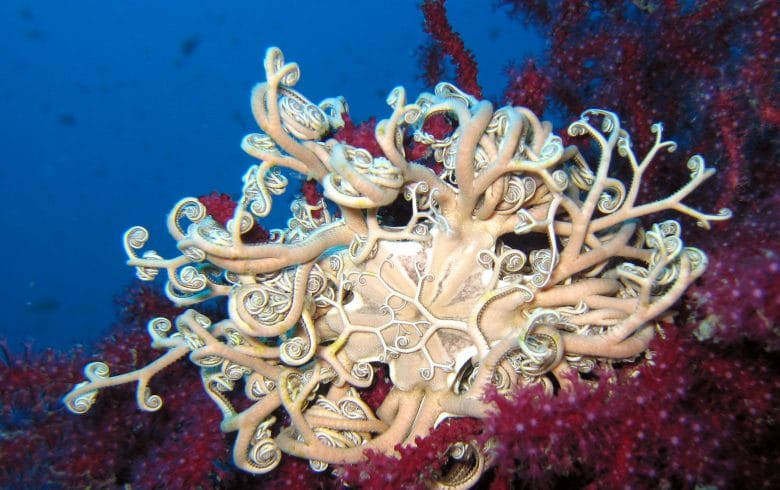 Did you know ?
It is called a Gorgon's head because of its resemblance to these mythological creatures.

It folds itself into a big ball that can be up to 20cm wide, but when it unfolds its ten long arms, this strange animal looks a bit like a net with curly mesh on the ends and can extend to 80cm. It feeds by capturing food particles carried by the current and is also called a basket star. It is very sensitive to light, which causes it to fold itself in. It is found in the western Mediterranean and in the eastern Atlantic tropics between 50 and 800m deep. It is usually found attached to gorgonians.