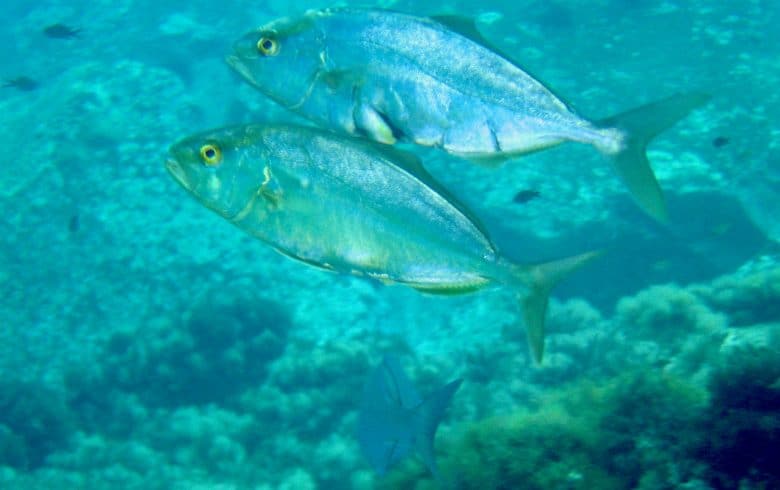 Did you know ?
It is one of the largest fish in the Mediterranean and can weigh up to 50kg!

Its tapered body shape is ideal for swimming. It has a large head and a very forked, jagged caudal fin. It has a bluish or purplish-grey back and silvery or creamy brown sides and belly with yellow markings the same colour as its fins. A broad, black band sometimes appears at the back of its neck. Juveniles have darker vertical bands. This large species measuring nearly 2m generally lives in schools, feeding on small fish and occasionally invertebrates. The greater amberjack is a pelagic fish found in the open sea and by the coast. It occurs in the Mediterranean but not the Black Sea, and in the Atlantic from south of the British Isles to Gibraltar and from Canada to Brazil. It is also found in the Persian Gulf and in Australian and Japanese waters.