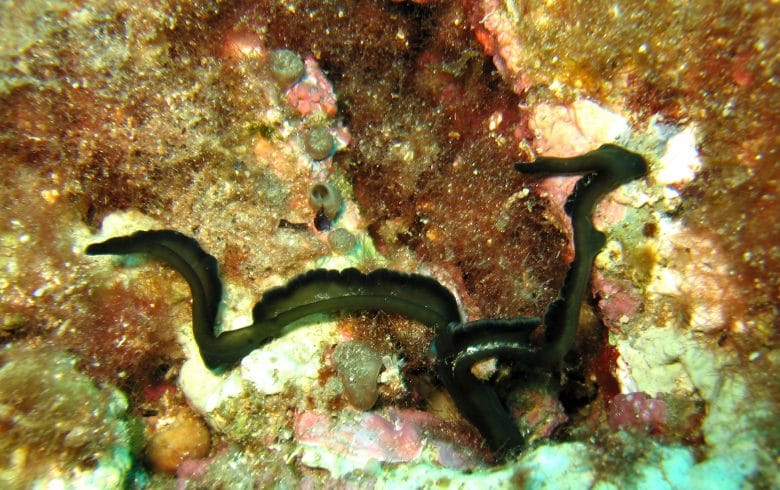 Did you know ?
The larvae are planktonic and their sex is determined by whether or not they touch the female's body before reaching the seabed. Those that do become male and will be dwarfs and parasites. Those that do not will grow as females.

The greenish females are rarely seen as they shelter in crevices, rock holes and concretions. Their soft, bulbous bodies measure 5 to 6cm and have an extendible proboscis. This is a tubular mouthpart with a groove on the dorsal side and a sort of spoon (or bifid tendril) at the end that it uses to capture food, plankton and organic waste. The minuscule male (1 to 3mm long) lives as a parasite in a brood pouch close to the female’s genital sac, fertilising her eggs as she produces them. The green spoonworm has a cosmopolitan distribution across all types of sea floors from the surface to more than 1000m deep.