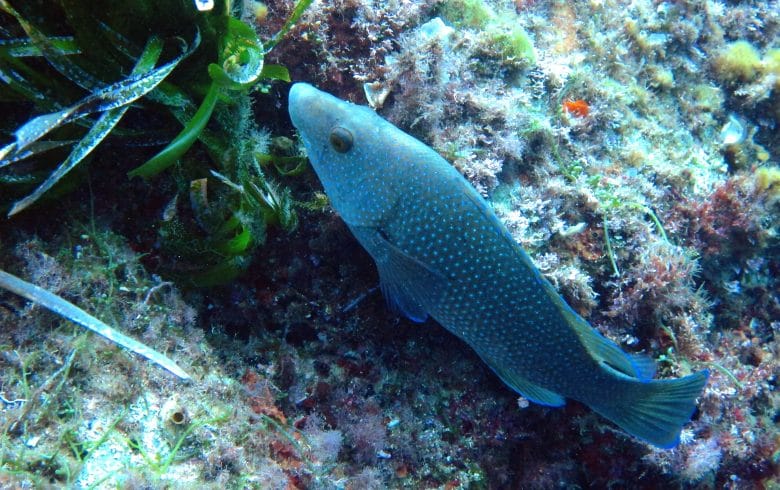 Did you know ?
The green wrasse has strong teeth that it uses to break open its prey's shells and carapaces.

Unlike many species, the males and females look the same. Their colour can vary and is usually green or brownish, sometimes yellowish or orangey, with lots of small white spots on the sides and at times a white band from the snout to the tail. The green wrasse grows to a maximum of 45cm and feeds on fish and crustaceans. It likes rocky bottoms and Posidonia seagrass beds anywhere from a few metres below the surface to 50m deep. They can be found in the Mediterranean, the south-western part of the Black Sea and in nearby Atlantic waters.